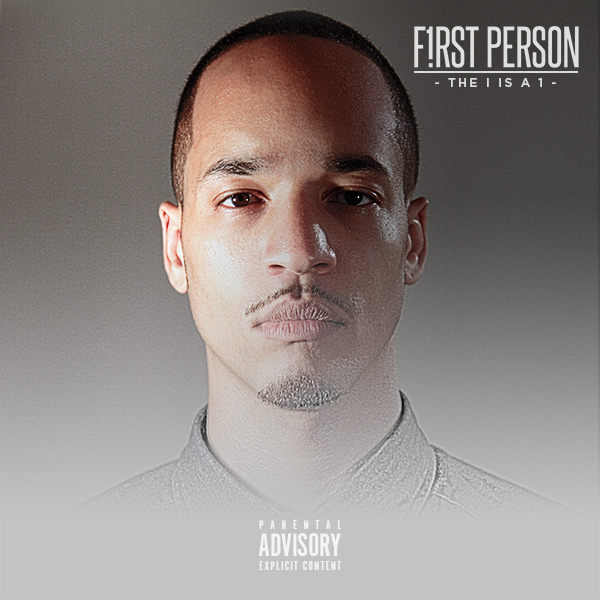 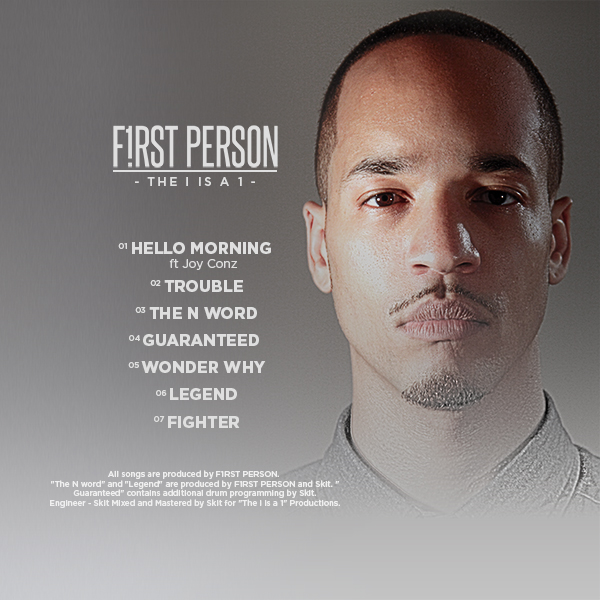 Currently available for stream on his website: http://www.iamf1rstperson.com , “The I is a 1” is a strong example of the transformative power of hip hop as F1RST gives you an unmitigated look into the soul of an artist and opens up to his fans unlike any other artist. With the release of two successful singles, “Wonder Why” and “Guaranteed” and pioneering of his “Behind The Rhyme” series, F1RST PERSON gives you a behind the scenes look of what it is to be an artist, with no restraints. Not concerned with fitting into the mold of what makes a hip hop artist, F1RST takes you behind the curtain and gives you full access into the unfettered and raw mind of an artist.
Having opened up for many hip hop luminaries, like Ghostface Killah, the Nappy Roots, and Sean Price and Planet Asia, he has been preparing himself for this moment. Set to tell the narrative of his story without limitation, “The I is a 1” is a transformative narrative set to soul beats to remind you of the golden era of hip hop.
A true emcee by the definition of the word, hip-hop’s prodigal son, F1RST PERSON returns with a project that will remind you why you fell in love with hip-hop in the F1RST place.
Check out his lead single Guaranteed on Digital Dj Pool already accumulating over One Hundred downloads from Djs all over the world.