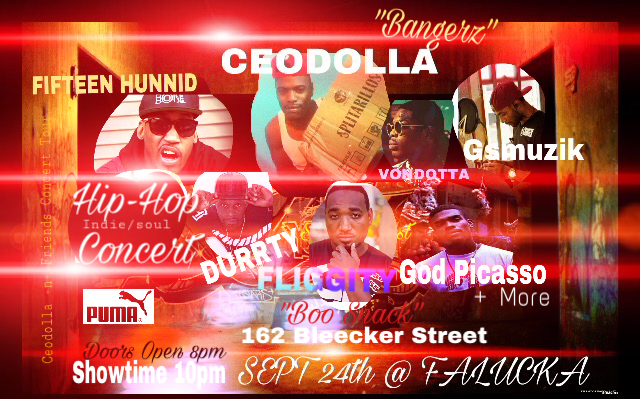 We are excited to be writing about the Ceodolla N Friends Hip-hop tour. Tonight will be an epic showcase of talent I'm sure!! Ceodolla N friends began late 2014. Since then they have achieved over 150 stage performances throughout New York City. They've had a marquee artist by the name of CeoDolla as the headliner of these concerts and some of the hottest artists trailblazing the independent music scene in NYC like Fliggity with "Boo Snack." 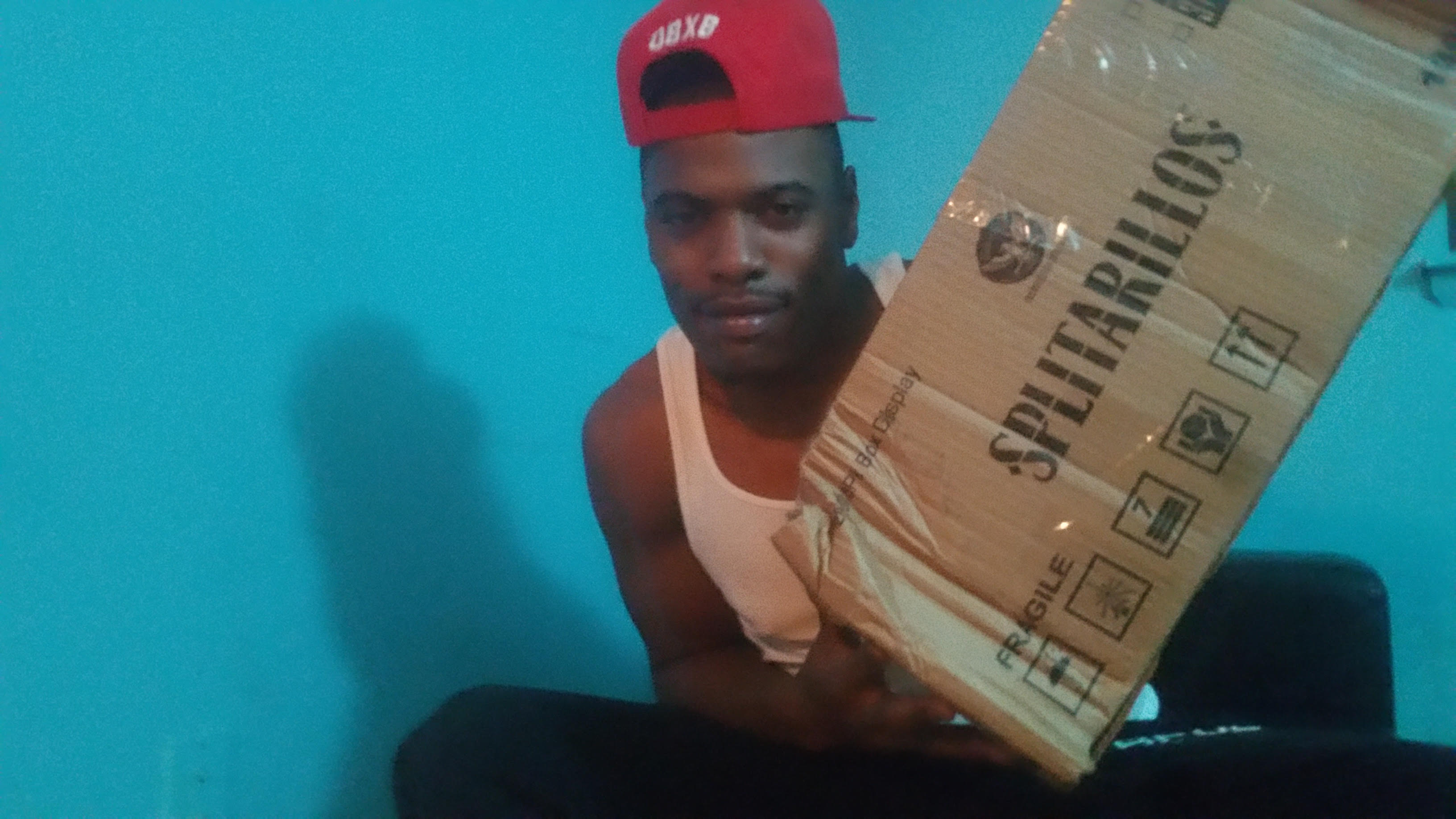 CeoDolla has a dynamic stage presence and goes hard when he performs his hit single "BANGERZ". To name a few more artist that will be blazing the stage, they have, Gsmusik , FIFTEEN HUNNID, DURRTY, GOD PICASSO, VON DOTTA
and more all performing live September 24th at FALUCKA located in manhattan 'a West Village 162 Bleecker street. If you use the hashtag #ceodollanfriends you'll see other artist who have blazed the stage like Joel Azul (Joe So Bx) "Pretty Brown Eyes" (available wherever music is sold online) , Elba Everlasting "F*** Da B$%CH" and more repping The streets of NY.
Ceodolla has over 2 Million views on his latest project entitled "Pawn In The Game" available wherever music is sold online And "BANGERZ".young CEO's current single.
This is just a taste of more to come stay tuned and follow @ceodolla you can also follow @bccx1983 as well. Ceodolla has some what transcended music into fashion , with a sold out summer. Yes young CEO says his debut inventory is sold out ! He has sold over 24 dozen tees. keep your eyes opened for Black Ceo Clothing BCCx1983. For now they are keeping their focus on the tour, but we'll get more in depth with young Ceodolla later on our next follow up! If anyone would like to contact CeoDolla N Friends email Bazibey@gmail.com you can also write them at PO Box 193 New York, Ny 10026
.